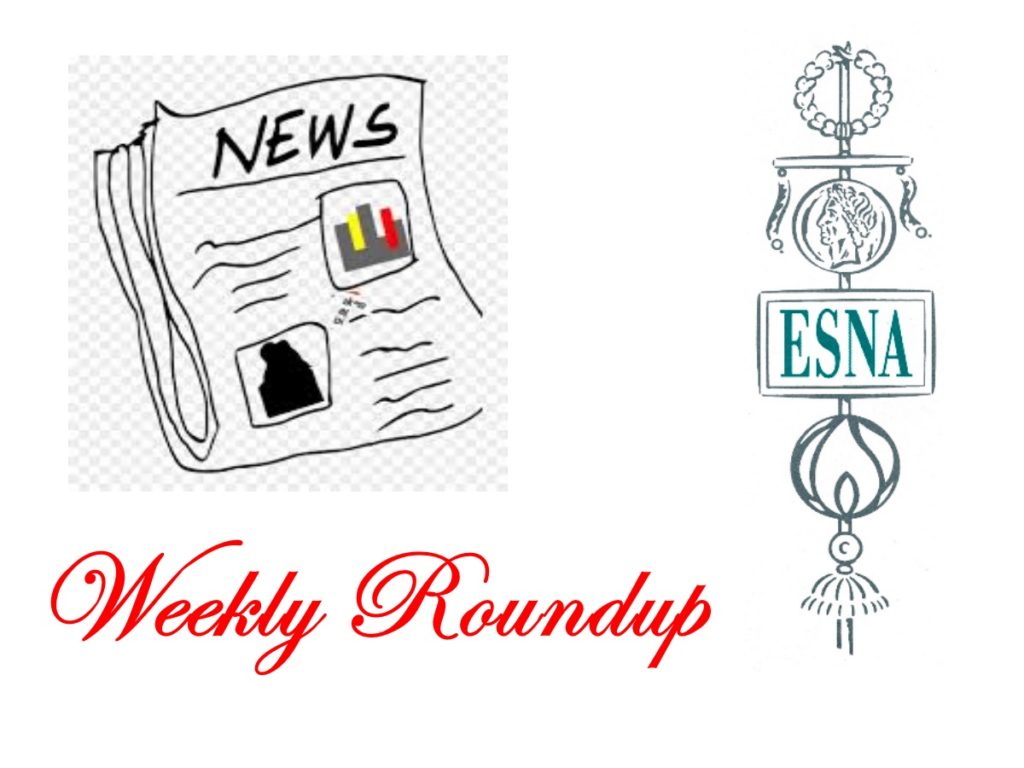 ESNA needs to comply with the requirements of GDPR.  We are about to launch a new website and we need permission to continue to store personal details.  Details we currently have are name, job title/speciality and role description/contact details/main base and date joined.  We will hold membership details in a secure GDPR compliant database on our new website.  We will email members individually asking them to check their information and agree to ESNA holding it.

One service that we would like to add is the ability for members to search for other members on the database and contact them if required.  This will be made clear to everyone in the email we send out.

Seizures Cut in Half After CBD Use in Dravet Syndrome

PHILADELPHIA — Two doses of a purified formulation of cannabidiol (CBD; Epidiolex, GW Pharmaceuticals) as add-on therapy are effective in reducing seizures in children with a rare form of epilepsy, new research suggests.

In addition, seizures with convulsions were decreased in the three groups by 49% and 46% vs 27%, respectively.

These findings, as well as those from previous research, show that the 10 mg/kg/day dose of CBD for Dravet syndrome "definitely makes clinical sense. And there's reason to hope clinically that there will be an improvement in seizures at that dose," lead author Ian Miller, MD, medical director for the Comprehensive Epilepsy Program at Nicklaus Children's Hospital, Miami, Florida, told Medscape Medical News.

Although adverse events (AEs) were common, the rates of non-serious AEs were similar among the low-dose, high-dose, and placebo groups at 88%, 90%, and 89%, respectively. The most common AEs included decreased appetite, diarrhea, and sleepiness. Serious AEs occurred in 20%, 25%, and 15% of the groups, respectively; and AE-related withdrawals from the study only occurred in the high-dose group (7%).

"Based on these results, dose increases above 10 mg/kg per day should be carefully considered based on the effectiveness and safety for each individual," Miller noted in a press release.

The findings were released ahead of their presentation at an Emerging Science (ES) session at the upcoming American Academy of Neurology (AAN) 2019 Annual Meeting.

Last June, the US Food and Drug Administration (FDA) approved Epidiolex for the treatment of seizures related to Dravet syndrome and Lennox-Gastaut syndrome, another rare form of epilepsy, in children older than 2 years of age.

"This is the first FDA-approved drug that contains a purified drug substance derived from marijuana," the agency announced at the time. "It is also the first FDA approval of a drug for the treatment of patients with Dravet syndrome."

For these forms of epilepsies, "we really need" effective therapies, Miller said. "Even with all of the treatments that we have available, over 90% [of patients] still have seizures that occur despite treatment. There's also a tremendous amount of morbidity that goes along with this disease."

He noted that a previous study assessed CBD at 20 mg/kg/day for Dravet syndrome. In the current study, the investigators sought to assess the safety and effectiveness of two doses of the drug as add-on anticonvulsant therapy in Dravet-related drug-resistant seizures.

They enrolled 199 patients between the ages of 2 and 18 (mean age, 9 years) who were taking a median of three antiepileptic drugs (AEDs). All had previously discontinued a median of 4 AEDs.

Baseline was established after 4 weeks of recorded seizures prior to initiation of study treatment. The primary outcome was change in convulsive seizure frequency from the 4-week baseline to end of the 14-week treatment period.

Miller noted that clinicians should take the findings showing higher absolute numbers of reductions in the lower dose group vs the higher dose group with a grain of salt because the study wasn't actually powered for that kind of comparison. Instead, it was designed to assess each dose vs placebo.

"Sometimes with randomization, you get unequal groups. The baseline seizure rate for convulsive seizures was 14 per 28-day period in the 10 mg/kg group and only 9 in the 20 mg/kg group. If you start with a higher number of seizures to begin with, that can artificially inflate the amount of reduction you have because you have more room for improvement," Miller explained. The number of baseline convulsive seizures for the placebo group was 17.

"As with any prescription medication, care should be taken at all points of the prescribing curve," he said.

The five most common AEs in the total study population were decreased appetite, diarrhea, somnolence, pyrexia, and fatigue.

Also, 19% of the children receiving high-dose CBD and 5% of those receiving low-dose CBD showed elevated transaminases exceeding three-times the upper limit of normal (ULN). Of these patients, "none had elevations in bilirubin [and] all were taking concomitant valproate," the researchers report. All elevations were subsequently resolved and there were no deaths, they added.

"It's exciting to be able to offer another alternative for children with this debilitating form of epilepsy and their families," said Miller.

"The children in this study had already tried an average of four epilepsy drugs with no success, and at the time were taking an average of three additional drugs, so to have this measure of success with cannabidiol is a major victory," he said.

Miller noted, however, that more research is needed to determine "where the edges are" in terms of absolute efficacy in additional populations. "Absent that, it's just going to be a matter of clinical experience and judgment in terms of what types of epilepsy are appropriate for treatment with cannabidiol," he added.

Commenting for Medscape Medical News, Jacqueline French, MD, professor in the Department of Neurology at NYU Langone Health's Comprehensive Epilepsy Center, New York City, noted that the current study adds to the literature, along with the one previous study on CBD for Dravet (albeit at 20 mg/kg/day only) and the two recent studies on CBD for Lennox-Gastaut — with one assessing just the 20 mg/kg/day dose and the other assessing both 10 and 20 mg/kg/day doses.

"This isn't really new news and the drug is already approved for Dravet syndrome," she said. "What we're seeing here is mostly known information, with maybe a little bit of new information in regards to this particular population and the lower dose."

French, who was not involved with the research, is also president of the Epilepsy Study Consortium.

She noted that she agrees with Miller that clinicians should probably start patients on the lower dose first, especially because of AE risks.

"The elevated liver enzymes and the discontinuations due to adverse events were occurring at the higher dose," she said.

French noted that she would have liked more information on the children who were also taking clobazam, a benzodiazepine indicated for treating seizures in patients with Lennox-Gastaut but also commonly used as an AED for Dravet. There have been concerns that the drug may interact detrimentally with other medications and may affect those metabolized by certain liver enzymes.

French pointed out that "there has been a huge turnaround" in the field over the last 5 years. "Before that, the focus was strongly on the common epilepsies, such as focal epilepsy and primary generalized epilepsy. It was difficult to get any company to develop any drug for the rare epilepsies," she said.

"Now, the field has turned and most of the development is in the rare epilepsies, which is a wonderful thing and lets doctors make better decisions," she added.

French said the take-away message from the current study is that it confirms the efficacy of CBD in patients with Dravet but "does not provide enough information to make an absolute determination." Also, it did not report whether any of the children became seizure-free, "which is our absolute goal."

"It's important to look at dose response for any medication because you want to know what the potential benefit might be for increasing the dose vs the risk. Also, it's important to have labeling that indicates that a lower dose is efficacious. The ability to have randomized controlled data at a lower dose that enters the labeling will ultimately be a substantial boon for children and doctors trying to treat those children," she said.

The study was funded by GW Research Limited. Miller reports having received personal compensation for consulting, serving on a scientific advisory board, speaking, or other activities and receiving research support from GW Pharma, Insys pharmaceuticals, TS Alliance, DS Foundation, Visualase, Neuroblate, Zogenix, and Ultragenix. French reports being the president of, and receiving some salary from, the Epilepsy Study Consortium, which has done work for GW in terms of trial activities.

Epilim Chrono stock in the UK

Sanofi has told us there is a temporary shortage of Epilim Chrono (sodium valproate) tablets in the 500mg and 300mg strengths. This is likely to affect supply for the next 2 weeks. Sanofi was unable to give an exact date of when these tablets would be back to full stock.

Keep up to date by following us on these popular social networks.