The History of ESNA

I cannot take all the credit for the birth of EsNA as Dr Stephen Brown, who at the time was Clinical Director at the David Lewis Centre, suggested that I should make contact with the other Epilepsy Nurses around the UK and perhaps meet up with them for mutual interest and support.

I had recently taken up an Epilepsy Nurse Specialist post at The David Lewis Centre and as it was a fairly new role in the world of epilepsy, I felt this to be a good idea. I invited all the nurses I was aware of to a meeting at the Centre which took place around May 1992, although I cannot remember the exact date.

The first Epilepsy Nurse was a woman named Sylvia Readman, although I never actually met her as she had retired when I started in post and had been replaced by two nurses, Velma and Beryl. Velma and Beryl were working in Doncaster alongside a GP, Dr Malcolm Taylor, who had a child with epilepsy and, as a consequence, had recognised the need for epilepsy nurses.

At that first meeting there were eight of us in total from London, South Wales, Sheffield, Doncaster, Birmingham and Manchester. 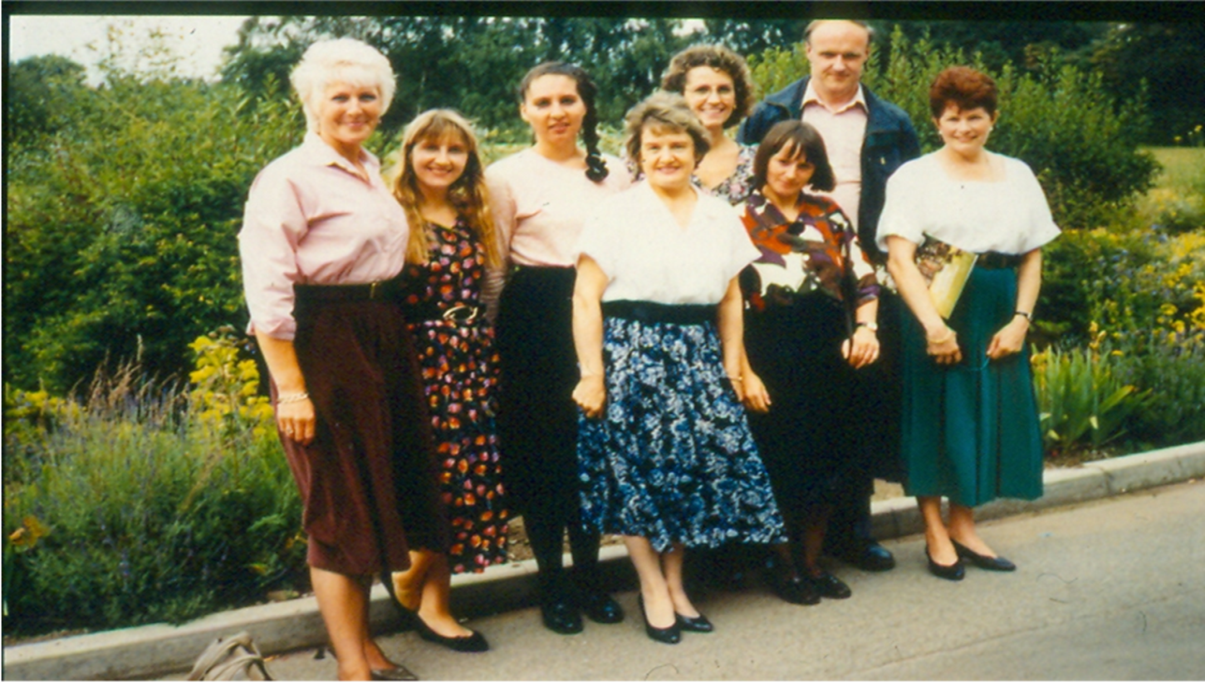 From L to R – Velma, Sarah, Nadine, Beryl, Me, Carina, Peter and Diana

At the meeting we decided that it would be beneficial to meet regularly and so we gave our small group a name and a purpose. We decided on aims and objectives which have changed very little over the years and many of our ideas are still in use today. We also thought about a logo and someone suggested the Roman Standard with the words ‘Carrying the Torch for Epilepsy’ which still remains. Since that meeting most of the nurses have either retired or moved on and as far as I am aware only myself and Carina Mack, who is a lead nurse at the Royal Hallamshire Hospital in Sheffield, are still working in Neurology.

At that time the epilepsy world was dominated by organisations with a residential focus such as The David Lewis Centre, The Chalfont Centre, The Lingfield School and The Quarriers Centre along with the major epilepsy charities, The British Epilepsy Association (Epilepsy Action) and The National

Society for Epilepsy (The Epilepsy Society). The most eminent epileptologists were often associated with these establishments. We were invited to national epilepsy meetings and were greeted with both interest and scepticism in equal measure. I remember one person calling us the ‘paranoid nurses association!’ Clearly there were some who felt uneasy about our presence. Nevertheless EsNA went from strength to strength and many were anxious to get on the bandwagon and have their own epilepsy nurse.

The role of the nurse was given a boost when Glaxo Welcome set up a group of 10 epilepsy nurses across the country and, although the initiative was short lived, it did raise the profile and in 1993 The National Society for Epilepsy published a paper, ‘The Clinical Nurse Specialist in Epilepsy - a community initiative’ and this was followed in 1994 by an All Party Parliamentary Group promoted by The British Epilepsy Association. By 1994 there were 18 centres with an Epilepsy Nurse Specialist. 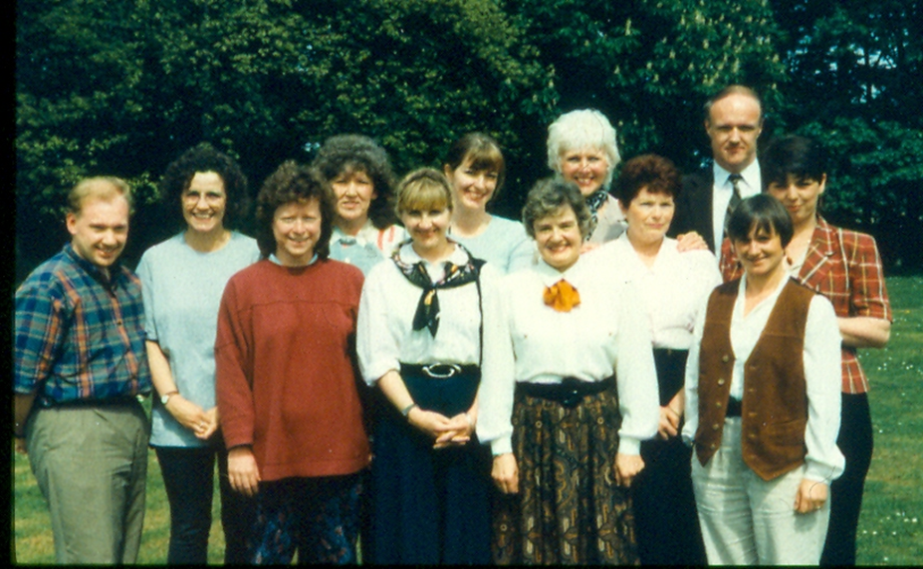 Of course there was more money around in those days and getting funding for conferences, training courses etc. was rarely a problem. Carina represented the Association at an international conference in Miami and in 1995 six epilepsy nurses attended the American Epilepsy Congress in Baltimore. Links were formed around the world, as far away as New Zealand. In 1995, The British Epilepsy Association launched its Sapphire Nurse Scheme, with funding available to support posts in the initial stages.

Membership of EsNA was expanding, especially amongst Learning Disability and Paediatric nurses, and national meetings became too large to manage and so in 1999 the structure of the Association changed, with the advent of locality groups, which could feed back into the national Committee. It was at this point that the word ‘specialist’ was omitted from the title in order to reflect the diverse and developing nature of EsNA. Leeds Metropolitan University launched their Professional Diploma in Epilepsy Care, which many EsNA members went on to complete. In 2001, a new journal, Epilepsy Care, was launched, edited by Brian Chappell from Neuroeducation, and this was, and still is, free to EsNA members.

The photograph below was taken in 2001 at a National EsNA meeting which took place at the Natural History Museum. We had a gala dinner at a long table underneath the dinosaur which was, until recently, suspended in the entrance hall of the museum – those were the days! 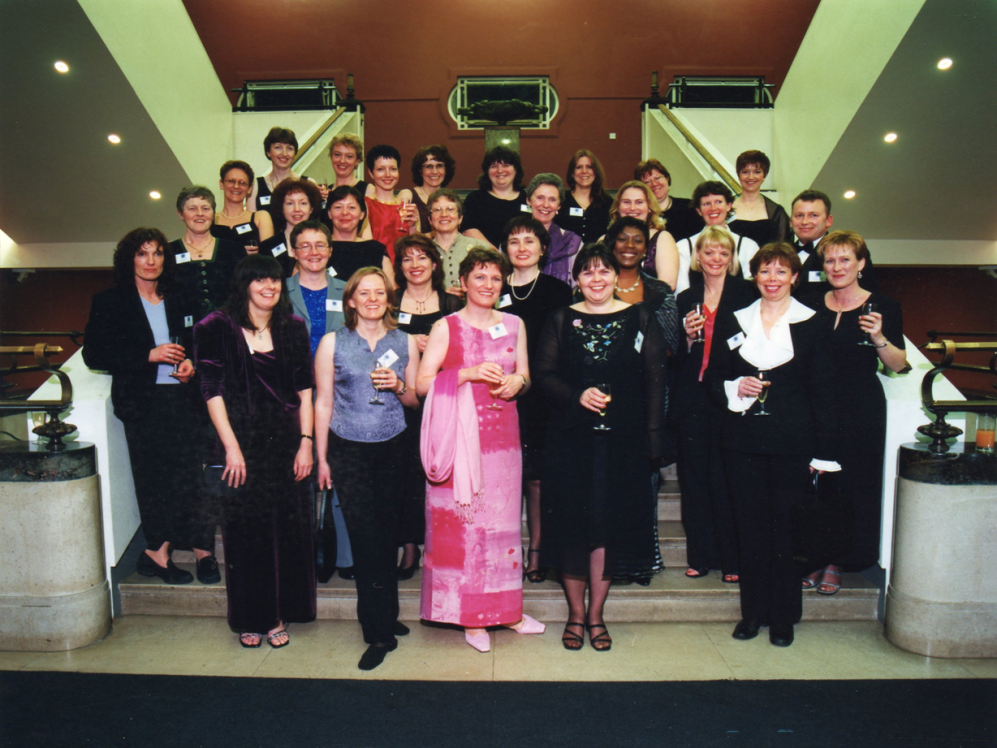 I have continued to be involved with EsNA over the years, albeit in a lesser capacity, as locality organiser of EsNA Northwest, which I have now handed over to a colleague. I have watched EsNA grow into the major force for epilepsy nursing that it is today and I do admit to a little burst of pride when the logo pops up on my facebook page or when I receive my weekly email.

I can only pass on my thanks and admiration to those who have continued to give their commitment to EsNA in an increasing challenging work environment.